The Nintendo Switch family is about to gain a new addition. Nintendo Switch (OLED model) will launch on 8th October with a suggested retail price of AU$539.95, giving players another option for how they want to play the vast library of games on Nintendo Switch.

Nintendo Switch (OLED model) launches on 8th October, the same day as Metroid Dread, which is a direct sequel to Metroid Fusion and the newest entry in the 2D Metroid saga that kicked off with the original Metroid on NES. With the vibrant OLED screen, embarking on the latest adventure of intergalactic bounty hunter Samus Aran in Metroid Dread will feel even more immersive. TV mode: Place the Nintendo Switch (OLED model) console into the dock to play Nintendo Switch games on the TV. By using the built-in wired LAN port, users can enjoy another way to connect online in TV mode.
Tabletop mode: Flip the stand on the back of the console and use the console’s screen to play multiplayer games using the two included Joy-Con controllers right out of the box. The wide adjustable stand makes for a solid and sturdy foundation. It also allows players to freely tilt the console with more range on the viewing angle, so it’s easier to see the screen.
Handheld mode: Users can bring the console wherever they go in handheld mode and play local* or online** multiplayer with friends. The 7-inch OLED screen provides vivid colour and high contrast. 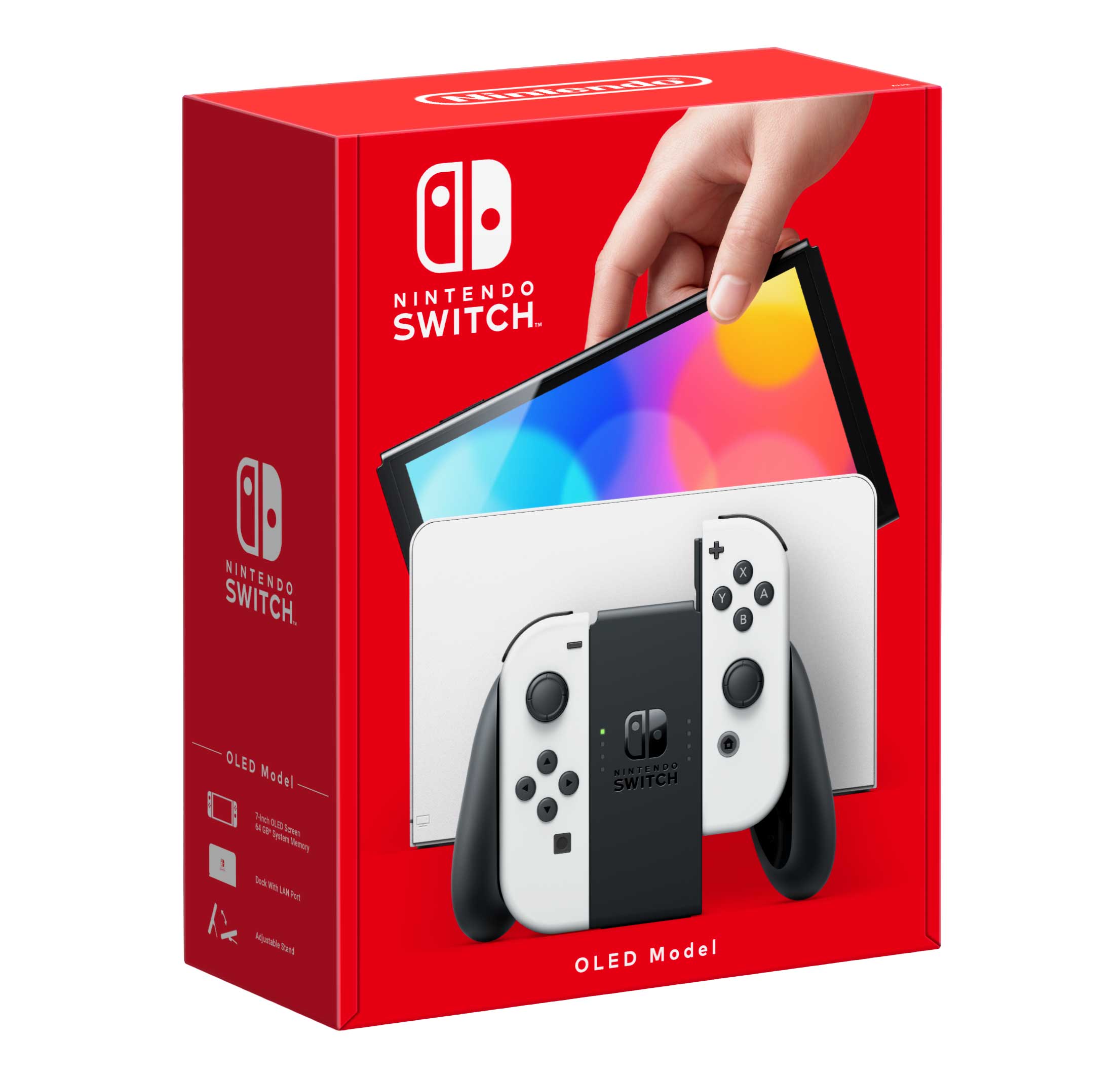 When the console launches, it will come in two colour options: