West Coast driver reportedly nabbed at 171 km/hr - Police have slammed the alleged behaviours of a Strahan driver, after a traffic stop on the West Coast. The 49-year-old was travelling north betwee ...
Denmark in shock as gunman kills three - Three people have been killed and several more wounded in a shooting at a shopping centre in Copenhagen, Danish police say, adding they have arrested ...
LGH review underway, COVID cases forces two wards to close - The Tasmanian Government has launched a child safe governance review at the Launceston General Hospital, following the harrowing evidence of abuse b ...
PM pledges more Ukraine aid during visit - Prime Minister Anthony Albanese has promised an extra $100 million in military aid to Ukraine, and labelled Russia's bombing of Kyiv as a war crime.
Man hit by car - An elderly Goodwood man was taken to the Royal Hobart Hospital with head injuries after being hit by a car at Glenorchy on Sunday evening. The driv ...
Aussie tennis aces eye Wimbledon quarters - Taking nothing for granted but feeling supreme, Nick Kyrgios says it's too soon to look ahead to a must-watch all-Australian Wimbledon quarter-final w ...
Youth charged after alleged robbery and reported car jacking attempt - A spate of alleged robberies across Greater Hobart continues, following an incident with another teenager. Police will allege a youth approached st ...
1,062 new Covid-19 cases for Tasmania - Tasmania's active Coronavirus numbers have climbed once more, with new infections continuing to outpace recoveries. 1,062 new cases have been recor ...
Discounts on offer for Tasmanian driver's licenses - The State Government has announced new concessions for Tasmanian driver licenses, in the wake of soaring cost of living pressures. There are conces ...
Woman seriously injured by quad bike roll - (Image Supplied: Royal Flying Doctor Service) A woman in her forties has been airlifted to the Launceston General Hospital after a serious crash on ... 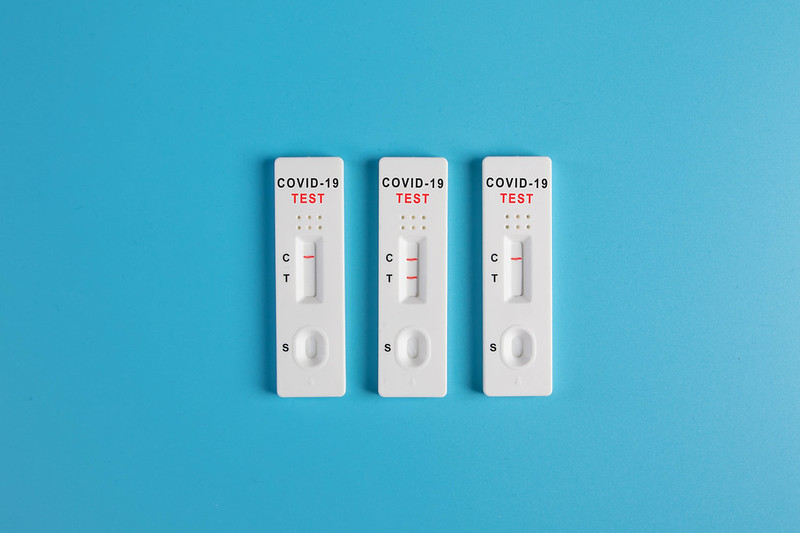 COVID-19 home tests could be approved in a matter of weeks, according to Health Minister Greg Hunt.

The Therapeutic Goods Administration is weighing making rapid antigen tests - which return results in as little as 15 minutes - available in more settings.

While there are 28 tests approved for use, a number of conditions including supervision and location mean the method is largely restricted to a handful of workplaces.

Health Minister Greg Hunt is confident the medicines regulator will sign off on home tests in coming weeks or months.

"This is absolutely where the nation's heading," he told 2GB radio on Monday.

"We'll have not just the workplace tests, not just the PCR tests - the ones where you go to the clinics - but the home tests are on the way."

Home testing kits are being used in the United Kingdom, United States and Europe.

ATP, at home covid tests need to be given out like masks

Professor Skerritt also said new instructions were needed for the tests to make them understandable for people without training.

Mr Hunt said the TGA was examining how rapid testing could be used without the supervision of a health worker.

"They're being used in workplaces in aged care elsewhere and then the next frontier is to move for approval on the home front," he said.

He said while some state chief health officers were not supportive, there was now momentum to allow home tests.