When you are armed only with a torch (flashlight) in any video game it usually means you have run out of ammo and are about to die, but in Alan Wake, it could save your life.

The award-winning “Alan Wake” has become a cult classic video game since it’s release back in 2010. At that time it was exclusive to Xbox 360 but now with a full 4k makeover, the game is accessible to nearly everyone with its remastered release on Xbox, PlayStation and PC.

Troubled author Alan Wake is desperately searching for his missing wife after they arrive in the small town of Bright Falls for an escape. He finds clues along the way in the form of a novel he has no recollection of writing.

The story is split into chapters and therefore feels like a novel as it plays out. One that could have been written by (and clearly inspired by) the likes of Stephan King or Dean R Koontz. It also includes the original DLC content that feels more integrated into the game than when it was originally released and adds depth to the overall story. It’s a wonder this game has never been adapted for the small screen by Netflix or Amazon. The story is stronger than most shows you watch now while having enough homage and familiarity to be consumed by a mass audience. Having said that it works perfectly as a game and having you ultimately responsible for decisions genuinely immerses you into the world.

One of the most talked-about “issues' with the game, in general, was the lack of a HUD (heads up display) but it's often overlooked that the game does clever on-screen interactions to replace this. A hud would ruin the overall feel of the game, so it does things like make the character glance backwards if there is an attack coming in from behind or listen to your breathing to know when you are going to run out of steam when running. I’m glad it doesn't have “shooter” qualities because it’s not a shooter, it’s a story-driven, survival horror. It performs that task with perfection. This new release is a Remaster, not a Reboot or even a Remake. That means all the original gameplay elements are from the first release with some minor tweaks and a nice new coat of paint. That coat comes in the form of all rendered 4K visuals. The cutscenes now look really amazing and capture the beautiful yet eerie setting of Bright Falls. Characters look amazingly better even if at times the movement betrays that by being a bit wooden.

Taking that into account, these changes are welcome as they don’t mess with what was already a great game, instead, they look to enhance it. It’s like watching one of those videos where they restore an old car. They keep the main body intact and just make it look much better, otherwise, it becomes something else entirely and we fans don’t want that. 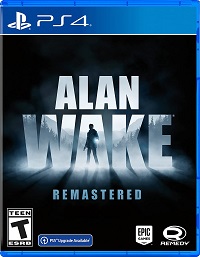 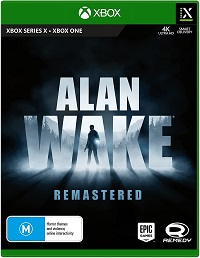 If you love a good jump scare and are into survival horror games like Resident Evil then you should take a look at Alan Wake. It doesn't include overly complicated RPG mechanics like those games; it's done on purpose to let the story suck you in with its purity. Having the game displayed with improved visuals gives it new life and with it now available to PlayStation owners having an increased audience is likely the reason they have moved the sequel with Epic Games into production.