Vic premier says tougher lockdown likely - Tougher coronavirus restrictions remain likely for Victoria despite a slowing of the infection spread.
Queensland months away from infection peak - Queensland remains weeks behind other states on the coronavirus curve and infections might not peak until September, the premier warns.
Coronavirus death toll rises to 12 in NSW - Two more people have died from coronavirus in NSW, including an elderly man who had been a cruise ship passenger, taking the state's COVID-19 death to ...
Childcare rescue package a welcome relief - Childcare operators and parents are preparing for the new regime of free care during the coronavirus crisis.
Drug imported for virus treatment trial - A drug for HIV patients has arrived in Australia to be used in a national trial to treat COVID-19.
Tap and pay limit doubled to $200 - Australians will from next week be able to tap and pay for things up to $200 without using their PIN, following a change designed bid to combat the sp ...
Angels deliver groceries for those in need - People unable to leave home to buy groceries during the coronavirus crisis are being helped by a host of people heralded as angels.
North-west coronavirus testing expanded - Coronavirus testing is being ramped up in Tasmania's north-west, in the hope of finding a source of infection for two people in Devonport with no ob ...
Temporary water restrictions at Orford and Triabunna - Two coastal towns in Tasmania's south-east are suddenly under severe water restrictions. Recent heavy rain has caused a pipe connecting the Prosser ...
Virus cases nearly half of expectations - Australians staying at home and keeping their distance from each other has halved the number of coronavirus cases from earlier expectations. 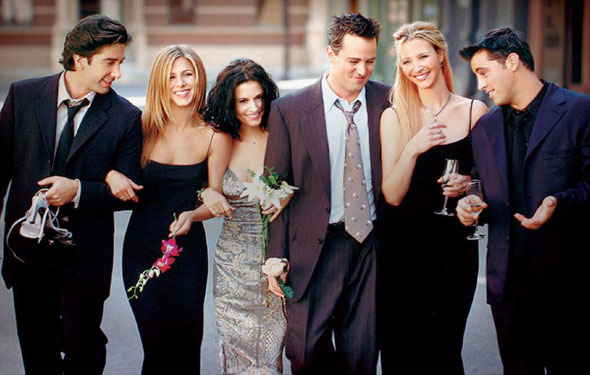 The planned "Friends" reunion has been delayed due to disruptions in Hollywood caused by the coronavirus.

The one-off special was due to have been filmed next week on the original sound stage in Burbank, California, and broadcast in May on the upcoming HBO Max streaming service.

But movie and TV production in Hollywood has come to a halt in the past week due to restrictions brought in to contain the spread of the coronavirus in the United States. No new date has been set for filming the special.

The hit comedy series ended in 2004 but found a new lease of life on Netflix where it was the second most-watched show in 2018.

HBO Max last year secured the rights to all 10 seasons of Friends for its streaming service and the comedy series is no longer available on Netflix.

The source on Wednesday said that HBO MAX still intended to launch as planned in May. An exact date has still to be announced.

The Friends delay follows the suspension of filming of all Netflix, Disney and Universal Pictures live action movies, including Mission: Impossible 7 and The Matrix 4, as well as television shows ranging from Saturday Night Live to The Amazing Race.