Victoria eases border restrictions for Qld - Victorians stuck in Brisbane are preparing to come home after the state government downgraded its coronavirus risk assessment of the region.
More charter flights to bring Aussies home - The federal government will charter another 20 flights to bring home Australians stranded overseas.
Emirates stops flights to Aust east coast - International airline Emirates has abruptly suspended its flights to Australia's east coast, leaving it more difficult for Australians overseas to mak ...
Homeschooling numbers continue to rise - Some parents struggled to help their kids learn at home during last year's coronavirus lockdowns but others found it so beneficial they decided to con ...
"Unacceptable": Labor & Greens slam latest health, housing data - The opposition parties are queuing up to attack the Gutwein Government over the latest snapshot of health and housing in Tasmania.  New quarterly d ...
Vic mother likely killed children: police - Police believe a Victorian mother killed her three children before taking her own life after the four were found dead in a north-west Melbourne home.
Fake ID might save Joe the pigeon - Joe the pigeon might be saved, with the flap over his fate apparently a case of mistaken identity.
Rare whales spotted off Tassie coast - Wildlife watchers are excited after a rarely-seen visitor to Australia turned up off Tasmania's east coast.  Patrons onboard a tourist boat were ov ...
Low carbs may put diabetes in remission - Low carbohydrate diets could help put type-two diabetes into remission, an international study suggests.
NSW eyes lighter COVID restrictions - The NSW government wants to ease restrictions after the state again recorded zero local COVID-19 cases, but says testing numbers need to rise first. 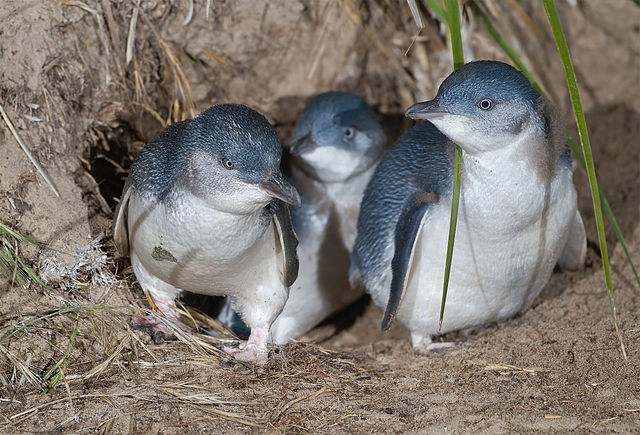 Tasmania is calling on citizen scientists to help record little penguin numbers so threats to their colonies can be better managed.

The state government has tightened protections for the birds after a spate of suspected dog attacks in recent years, particularly in the northwest.

In August 2019, some 42 penguins were mauled to death at Wynyard, while 58 were killed the year before at Low Head to the east.

A publicly available 'toolkit', which provides guidance and methods for penguin and habitat surveying, was launched on Wednesday.

Penguin ecologist Dr Perviz Marker said data collected from the tool would help better determine where the birds live and how their population may be changing.

"It's really quite unknown, the total population," she told reporters.

"One of the drivers of (creating the tool) was to find an estimate of the population and to get a better handle on it.

"We keep finding penguins in places all around the state but we really don't know exactly how many there are at the moment.

"In some places there have been decreases, in other places they've been increasing, or holding on."

Dr Marker said the tiny birds faced threats including erosion caused by climate change, which has narrowed their habitat and stretched populations along the coast.

The state government last year strengthened the dog control act and upped penalties to $5000 for owners of dogs that injure or kill sensitive wildlife.

"It's very upsetting because it's all manageable. It's just about people taking responsibility."

Primary Industries and Water Minister Guy Barnett said it is important all Tasmanians play a part in protecting the species.