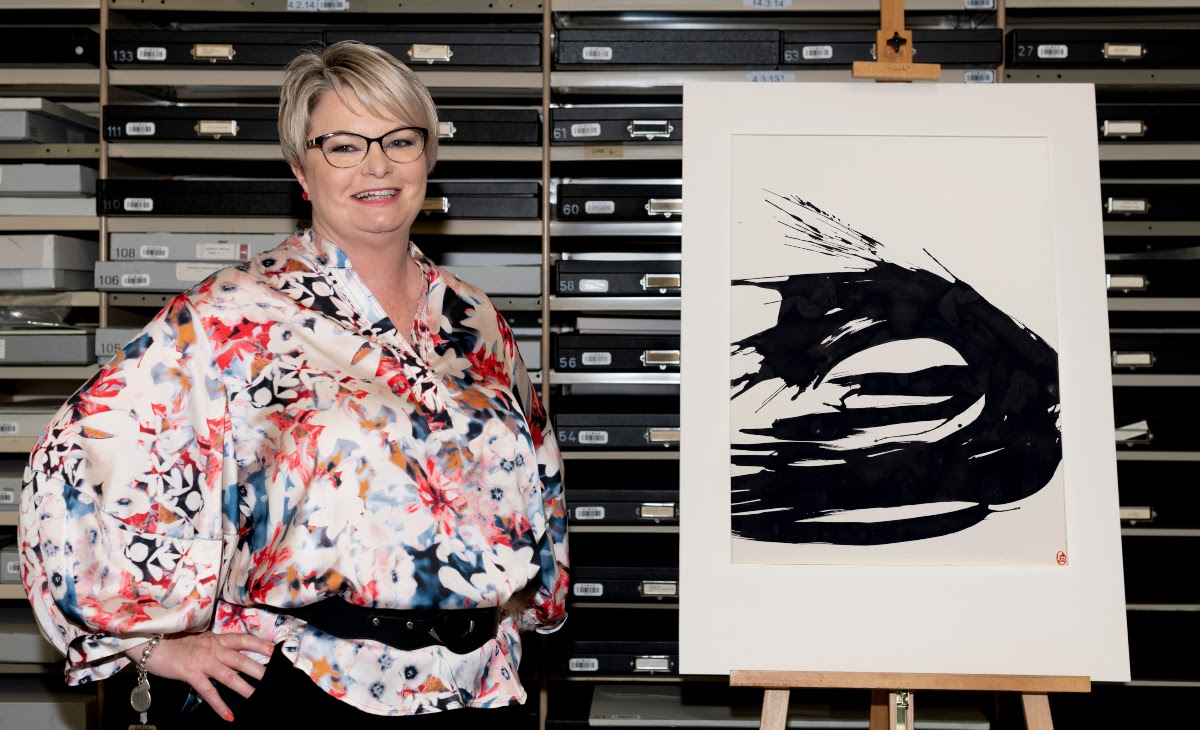 An audit of collections at the Queen Victoria Museum and Art Gallery has uncovered a long lost ink drawing.

Brett Whiteley's Waves V was discovered in a gallery storage drawer during Collection Audit processes carried out this week.

It was purchased by the gallery in 1976, but there was no further record of the artwork and it never went on display.

In 2018, staff searched the gallery's storage for the item after being contacted by researchers inquiring about the artwork, but it was never found.

Launceston Mayor Albert Van Zetten said it was an exciting moment for everyone involved in the search.

"By committing to the Collection Audit we have been able to preserve, analyse and register QVMAG's precious and extensive collection for the first time in the Museum's 130 year history," Mayor Van Zetten said.

"We are pleased to confirm Waves V by Brett Whiteley has always been safely looked after in the collection as a result of this project."

It will go on display at Queen Victoria Art Gallery at Royal Park at the end of March.

The audit also uncovered a number of other forgotten items including a convict vest, an early 20th Century abacus from Launceston's Chung Gon family, and Margaret Stones' Botanical Illustrations.

The Collection Audit is the first full audit of the QVMAG collection since the institution's inception in 1891.