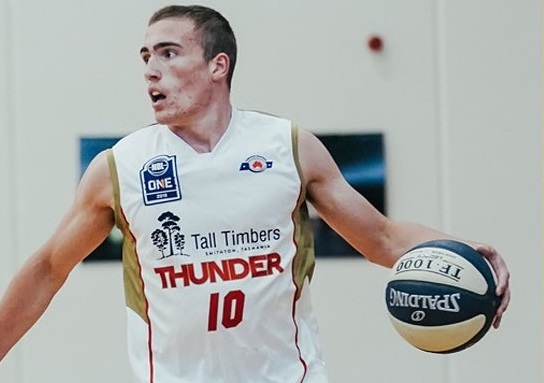 A basketball product of the Ulverstone-based North West Thunder has been unveiled as the JackJumpers' first major signing, ahead of the club's entry into the National Baskball League next season.

18-year-old Sejr Deans joins as a development player, having enjoyed a decorated junior career which includes representing Tasmania in Under 16s, Under 18s and Under 20s as well as Australia's national Under 15s and 17s teams.

“We are committed to developing young Tasmanian talent and Sejr is a great example of a player who has come through local junior ranks and thoroughly deserves his opportunity at the professional level," JackJumpers Head Coach Scott Roth said.

“I’m super excited. To be the first player signing for the JackJumpers is a huge honour and I’m very grateful for the opportunity," Deans said.

“Everyone represents Tasmania with pride, and it is a great thing for young players like myself that there is now a pathway into the NBL and I think this will inspire a lot of other young athletes in the state.”

It comes after the NBL competition returned to Tasmania for the first time since 2005 last night.

The Perth Wildcats picked up a thrilling extra-time victory over the New Zealand Breakers in front of 1400 fans at Launceston's Silverdome.

League MVP Bryce Cotton drained an audacious three-pointer at full time to level the scores, before his men went on to win 85-79.

The Breakers' Lanceston campaign continues on Friday against the Brisbane Bullets.