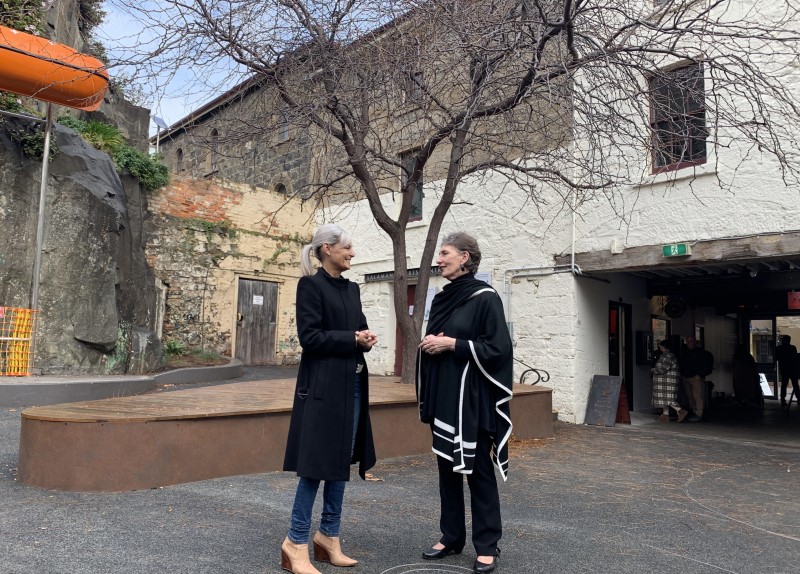 Leaders in a diverse range of professions are among the Tasmanians being recognised in this year's Queen's Birthday honours list.

Incoming Governor Barbara Baker is among just five people nationally to be appointed a Companion of the Order of Australia.

Anglican Archbishop of Brisbane Phillip Aspinall, who grew up in the island state, has also received the nation's highest honour for eminent service to the Anglican Church of Australia, to the development of ecumenical relationships and professional standards, and through commitment to social justice and welfare.

Assistant Commissioner Adrian Bodnar has been awarded the Australian Police Medal, after 30 years in the industry.

He's been praised for coordinating the COVID-19 response last year.

“On behalf of Tasmania Police, I congratulate Assistant Commissioner Bodnar on being awarded a Queen’s Birthday Honour today and thank him for his dedication to keeping the Tasmanian community safe,” said Commissioner Darren Hine.

“His wealth of policing expertise and dedication to the Tasmanian community makes him a very worthy recipient of the Australian Police Medal today.”

Dr Stephen Rintoul AAM has been appointed an Officer of the Order of Australia (AO) for distinguished service to climate science through oceanographic and Antarctic research and policy development.

Four Tasmanians have received a Member of the Order of Australia (AM), among them Robyn Moore, the voice of 'Blinky Bill' and 'How Green Was My Cactus', who was recognised for her significant service to charitable organisations and the performing arts.

"I would especially like to recognise and thank this wonderful Tasmanian for her significant contribution to charitable and not-for-profit organisations, including Make-A-Wish Australia, Dragons Abreast Australia, Rising Generations and Burn Bright National Leadership Camps, Step to the Future Foundation National Youth Forums, Tasmanian Leaders Program, Australian Childhood Foundation and numerous other charities," she said.

A further 17 Tasmanians have received a Medal of the Order of Australia (OAM) in appreciation of their contributions to their local communities, including Birdlife Tasmania's Dr Eric Woehler, who was recognised for services to ecology.