Emergency services run traffic sting in the Central Highlands - (Image Supplied: Tasmania Police) A number of drivers have been nabbed in a multi-agency traffic operation in the Central Highlands. Tasmania Poli ...
Govt pledges to fund aged care pay rise - The government will push for a significant and meaningful pay rise for workers in the aged care sector in a pitch to the industrial umpire.
455 new Covid-19 cases in Tasmania - Tasmania seems to be weathering the winter wave of Covid-19, with case numbers continuing to fall. Public Health is reporting 455 new infections in ...
Commission resumes in Hobart - AAP image/Andrew Corke A woman whose husband took his own life after a decade serving in the air force will give evidence at the Royal Commission i ...
Man in court over triple shooting killings - A man accused of shooting three family members dead on a remote Queensland cattle property has appeared in court for the first time.
Australia win T20 gold after COVID drama - COVID cast its shadow over the golden glow of yet another triumph for Australia's all-conquering women's T20 team on a dramatic end to cricket's retur ...
First tug salvaged from Mersey River - Photo: Rob Burnett The first of two tugs which have been sitting on the bottom of the Mersey River since January has been successfully lifted out o ...
Diamonds win 1000th Australian Games gold - Australia's landmark 1000th Commonwealth Games gold medal simply demanded to be won by a team worthy of the honour - and the netball Diamonds have obl ...
Drought turns into Australian gold deluge - After the drought, the deluge.Australia went from bust to boom on Saturday, winning nine gold medals that featured several outstanding performances.
State test clinics to screen for more illnesses - Tasmania's PCR labs will be expanding services this week, to offer more protection for local communities. From Tuesday August 9, laboratories will ... 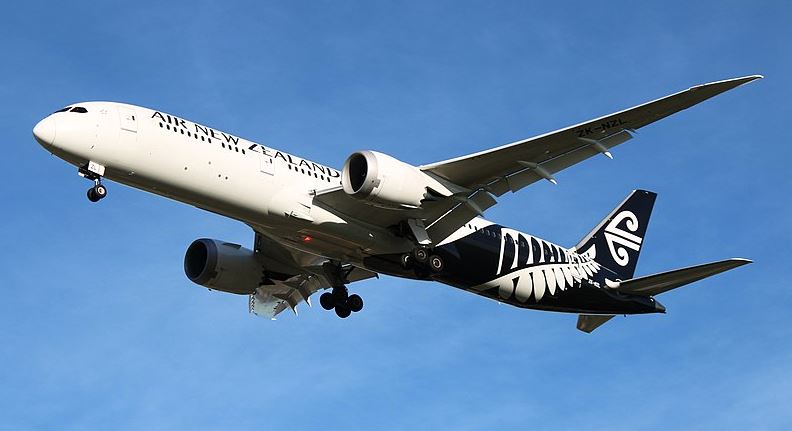 The Air New Zealand flight was due to land in Hobart at 10:50 on Thursday but was 40 minutes late in departing from Auckland.

It hasn't marred celebrations at Hobart Airport, with CEO Norris Carter welcoming the resumption of international flights to Hobart after the pandemic threw a spanner in the works.

“Following the Federal Government’s commitment to upgrade the Hobart Airport runway so it can accommodate larger planes, we think this is just the beginning of a very exciting chapter of international travel for Tasmania, where we will connect communities and help build Tasmania’s future," he said.

“An economic study completed prior to the impact of COVID-19 found that international flights into Hobart, including from New Zealand, could increase tourism spending by up to $120 million per annum, creating an additional 600 direct jobs."

Air New Zealand has previously revealed the twice-weekly Hobart to Auckland service was one of its most popular routes.

Border Force has also been busy gearing up for the resumption.

“We are excited to work with Hobart Airport to welcome back international travellers to Hobart Airport and I am proud of the tenacity and hard work of the whole ABF team,” said Commander Chris Holzheimer.

“Like frontline workers across many industries in Australia, ABF officers have had to adapt to a constantly changing environment in airports around the country.”