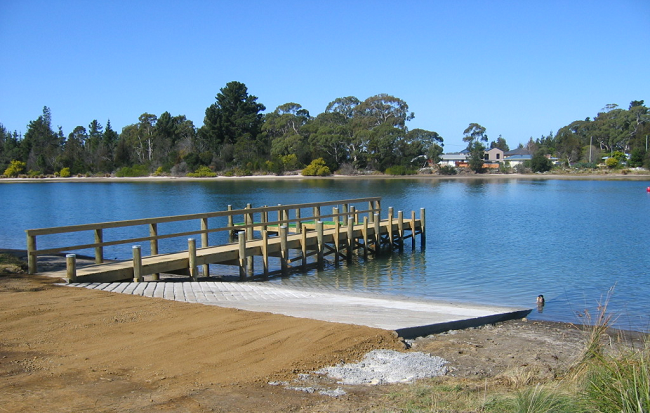 A 7-year-old boy is in a critical condition after being thrown from a 'sea-biscuit' in Orford yesterday.

Police believe a man lost control of the boat which was towing the flotation device on the Prosser River at around 2pm on Sunday.

The young boy was thrown onto shore, suffering serious injuries and prompting the Westpac Rescue Helicopter to be dispatched to the scene to airlift him to the Royal Hobart Hospital.

East Coast Division Inspector Peter Harriss said the 43-year-old boat operator will be questioned as part of the investigation, as soon as is reasonably possible.

“He is understandably shaken by the incident,” he said.

“We would like to thank the medical staff, including Ambulance Tasmania paramedics and volunteers, who worked to stabilise the injured child before he was flown to hospital."

Anyone who saw a white runabout boat with a black outboard motor and maroon canopy towing a ski-biscuit in the Prosser River about 2pm yesterday, is urged to contact police.